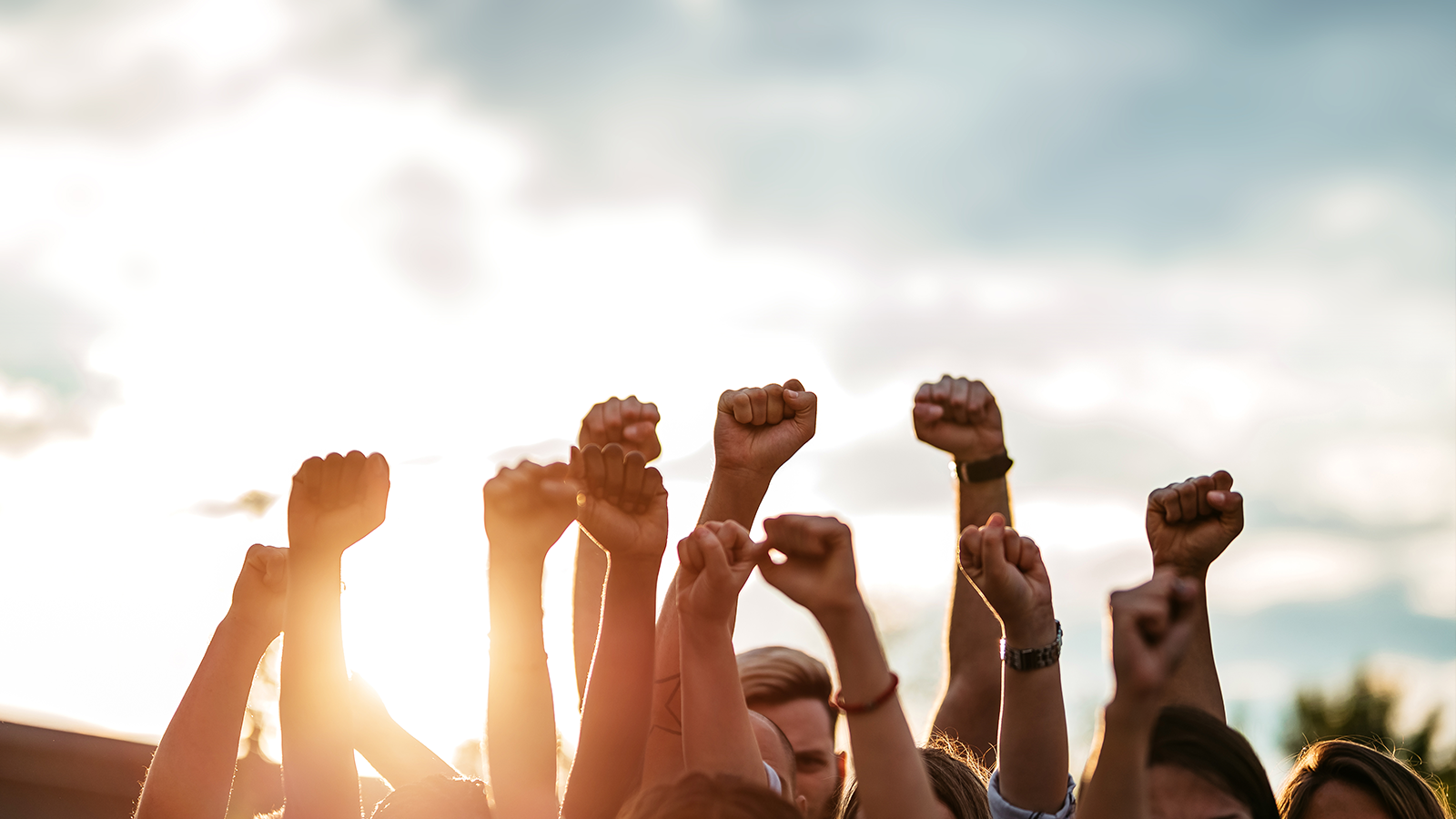 In our modern world, different groups are seeking to make changes in their society. Protests, violent and nonviolent, come in many forms. The story of England’s seventeenth-century Diggers is a contrast to many historical uprisings because it was peaceful and its participants hoped to reform the economy of their nation and create an agrarian utopia.

One hundred thirty-three years after Thomas More published his book Utopia, which described a perfect nation, groups of English working people created real but short-lived utopias. In 1649, the Diggers started cultivating unused land, hoping to provide economic support for the working poor of the nation. All were invited to join the effort; all who joined were promised food, drink, and clothes.

The Diggers proposed that all of the uncultivated common land in England be improved through the application of manure (used as fertilizer) and farmed. They believed this effort would produce enough food to feed the unemployed and working poor of England. Through this communal effort and subsequent increase in food production, the Diggers hoped begging and crime would end and the price of land and cost of living would be reduced. The Diggers argued their effort could ultimately make England the wealthiest of nations.

This movement took place toward the end of thirty years of bad harvests and rising food prices in England. The cost of living and taxes rose, but wages of working people did not. The violent political and religious turmoil of the English Civil War (1642–51) made already bad conditions even worse. When the armies were disbanded, soldiers joined the throngs of unemployed peasants who had lost their traditional rights to land. Peasants were thrown of the land of large estates, land these small farmers had lived on and farmed for generations. Why? The economy was changing, and landowners sought to increase profits.

The Diggers were not a single united group but one of many similar movements protesting the conditions of the time. The most famous of these nine documented groups was established on St. Georges Hill near London, led by the commoner Gerrard Winstanley. The English Civil War had bankrupted his tailor business in London. Like many today, his economic security was destroyed by events out of his control.

3. Inspiration for change comes from many traditions

Winstanley and fourteen coauthors published a pamphlet entitled The True Levellers Standard Advanced (1649) to explain their communal vision. This manifesto looked back to many centuries of utopian dreams, biblical traditions, and medieval customs protecting peasants’ rights to the land. The text referred to the beginning of creation in the Garden of Eden, when all were equal, the promised land of the Israelites as well as a past era of Saxon rule, before the foreign Norman Conquest of 1066. Today’s protests are also inspired by historical examples and complex social, political, and economic consequences of past and current events.

4. Even peaceful protests fail but can inspire future reformers

Sadly, the Diggers’ efforts to create a better life for working people ended in less than two years. The participants at St. George’s Hill were harassed by the local lord and sued in court and forced to abandoned their efforts. However, the actions of the Diggers inspired subsequent groups to work for peaceful communal societies with the goal of economic improvement. Many counterculture movements of the 1960s had similar goals, to reform society by providing an example of peaceful agrarian communities in which members shared the work and the profits.

The efforts of the seventeenth-century Diggers to reform their world, while unsuccessful, inspired later generations to work for change. Inspire your students to think critically about modern efforts to change the political, social, economic, or cultural climate. The following essential questions can spark in-depth analysis:

See what our professional development team can do for you!