Internet ads, YouTube videos, social media posts, blogs, emails, and TV infomercials feature questionable and downright dangerous health advice, treatments, and cures. These quacks didn’t just appear in the modern era of broadcast and electronic media. Quacks have been around for centuries, successfully adapting their misleading message to the newest form of media – from word of mouth, to print, to broadcast, to electronic formats.

Lessons in media literacy, the ability to analyze the content and understand the purpose of media, can be incorporated in your history classes by comparing and contrasting historical marketing and advertising to modern equivalents. Ask your students to compare and analyze the following historical images, texts, and advertising strategies with modern examples peddling questionable medical cures and claims. Statements from average people, celebrities, politicians, writers, and other well-known people influence potential buyers by building trust. They make products appear credible and reliable. Some testimonials, endorsements, and reviews or ratings by customers are genuine; many are not. The testimonial as a marketing strategy was invented centuries before modern social media and online reviews.

In 1846, in advertising for Dr. Browder’s cures, Mr. Grover Spooner of Massachusetts was quoted as saying “having had occasion to use Dr. Browder’s Compound Sirup (sic) of Indian Turnip in my family some time since, on account of a very severe and alarming hoarseness and cough with which Mrs. Spooner was for a long time afflicted, I can most cheerfully say that by the use of two or three Bottles of the Sirup, (sic)  which was recommend by a friend, she was restored from great debility and suffering to strength” (p. 20).

Did Mr. and Mrs. Spooner really exist? Was he paid to make this statement? Did they really use Dr. Browder’s Compound Sirup of Indian Turnip? The 19th-century reader would have found it is difficult to discover the answers to these questions. Today we also struggle to know if web ratings and reviews posted by anonymous people are genuine. Recognizing and analyzing the power of testimonials now and in the past is an important lesson in media literacy.

Almanac book of charts and tables with calendars, astrological and meteorological forecasts, and a variety of other information, existing in the ancient world. By the 19th century, they also became a popular media for a wide variety of advertising. Medicines and medical treatments were heavily advertised in almanacs. Pharmacists and medicine companies distributed thousands of free or low-cost almanacs with advertisements, articles, images, and testimonials recommending their cures. Content marketing, the modern practice of posting informative or entertaining articles on commercial websites to attract customers and increase search engine rankings, isn’t a new strategy.

For example, Dr. C. W. Roback’s 1861 Almanac featured a calendar for each month, a few images of famous politicians, and dozens of advertisements and testimonials touting Scandinavian Remedies including Blood Purifier, Blood Pills and Stomach Bitters. Satisfied customers attested to the effectiveness of Dr. Roback’s cures for everything from digestive and skin problems to cholera, influenza, scurvy and worms.

Dr. S. S. Fitches Almanac for 1855 and Guide to Invalids featured 34 pages of health advice in the form of six lectures. Of course, the medicines and medical devices he sold were prominently featured on every page. 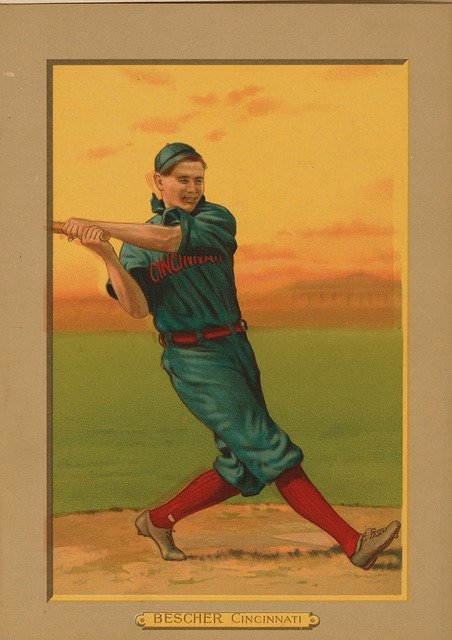 Trade cards with colorful images and catchy advertising slogans on the front and additional text and testimonials on the back were especially popular from the 1870s to the early 1900s. Most were 3 by 5 inches and were distributed for free by merchants and salespeople. They came in packages of various products including tea, coffee, soap, or patent medicines. Collecting trade cards became a popular hobby. To encourage collecting, sets with pictures of animals, birds, historical scenes, sites around the world, and other themes were created. Baseball cards became popular trade items for children.

Images catch our attention, now and in the past. We glide over social media posts that don’t include an image. Ask your students to consider how images are used in media to shape or sway our opinions or sell products. Analyze the characteristics of popular internet video or television adverting and consider whether the message would be as powerful if communicated only in print.

Media literacy empowers students, helping them become critical thinkers, informed consumers, effective communicators, and active citizens. Comparing and contrasting the types and messages of historical media to those of media in the modern world hones student skills at critical analysis.

Learn more about our professional development series to support your teaching