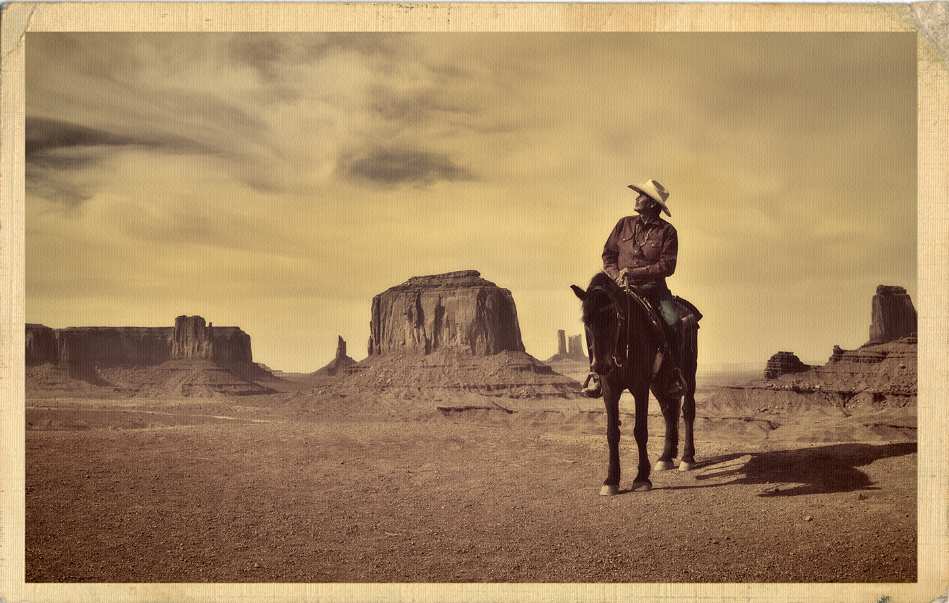 Dime-store novels and Wild West television shows helped construct the stereotypical images of the “white” cowboy and the red-skinned Indian “savages.” As the West was often portrayed as a battlefield between these two groups, it may be difficult for students to understand that so-called Indians were often also cowboys. However, this narrative of the Wild West is incomplete, and teachers can easily rectify this by teaching about the indigenous experience during this westward expansion period. Early Spanish missionaries actually trained Native Americans as cattle herders, leading many indigenous peoples to adopt ranching into their economies.

Branding cattle, riding horses, and roping skills were a natural part of the cowboy existence and often led to competitions for bragging rights as to who was the best. Native Americans were recognized for their horseback riding skills, particularly Comanche warriors, noted for their ability to shoot arrows from under a horse’s neck while galloping. The Crow people took great pride in their bronco riding skills. The rodeo was a natural extension of activities that were a fundamental part of the cowboy life. In a rodeo, Native Americans were not locked into the stereotype of primitive savagery but could establish themselves as skillful horsemen or ropers. To further expand student knowledge about the Native American role in the Wild West, divide students into groups and assign each one a different ethnic cowboy group to research. Plan a panel discussion where students take on the role of various cowboys and answer questions about their careers and obstacles they overcame. Ask students to write factual paragraphs that provide important information typically left out of textbooks about Indians as cowboys.

Ask students, “Why do you think the stories of Indians as cowboys have been written out of history?” Have students research famous Indian cowboys such as the following: There are many pathways to teach about the Native American experience during the western expansion period in American history. These research-based suggestions tell a part of a bigger narrative about indigenous peoples as a whole. Any of the suggestions below can be used as a way for students to reflect on their learning, a project-based learning activity where students work individually or in groups, or a research paper.

Information on Native American cowboys is documented in historical records and children’s literature. Some books to use are

Cattle ranching is a story that is usually told and understood in one color—white. Competition for control and use of the land in the West restricted Native holdings. Cattle ranching was a way to build a local economy and became a part of the culture and heritage of many Native tribes. Like cowboys, American Indians are often envisioned through a nostalgic nineteenth-century lens. Both groups are expected to look a certain way or live a particular way according to standards set by movies, books, or paintings. However, teaching only one side of this narrative does a disservice to the rich history of these indigenous peoples. With a common sense of place and tradition, a love for the outdoors, and skills for working with cattle and horses, cowboys were Indians and Indians were cowboys.

2 thoughts on “Teaching about the American West: Native Americans as Cowboys”