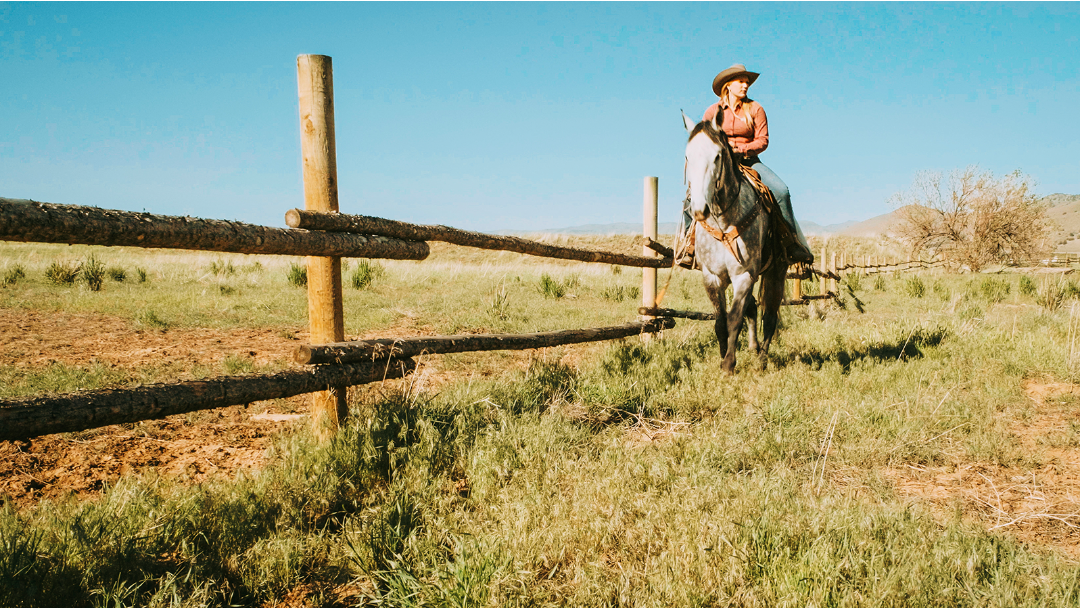 While their urban counterparts were restricted to more traditional female roles in the late 1800’s, women of the American West were roping and riding broncs. The term “cowgirl” first appeared in print by the early 1890s. Daughters of pioneer ranchers grew up riding and roping along with their brothers because on small ranches, everyone helped with the cattle. Attitudes of the day deemed it improper for a woman to dress and ride like a man, so many women wore full skirts and rode sidesaddle. During the Wild West shows, women first appeared as competitors with women like sharpshooter Annie Oakley, bronc rider Bertha Blancett, and steer-roper Mabel Strickland.

Due to social pressure, by the 1920’s the rodeo cowgirl was slowly replaced by the “ranch girl,” a  predecessor to rodeo queens. Females began to ride alongside the singing cowboy and perform in pageants and horsemanship displays, rather than compete in events. Some early rodeo associations prohibited women from competing in events and often viewed them as “window dressing.”

Meanwhile, African American women were making significant contributions to the advancement and culture of the West by building towns, establishing charities, creating schools, and developing churches. Some carried out dangerous jobs such as delivering the mail. Former slave Mary Fields was the first female to deliver mail by stagecoach and was known for her fearlessness. Did you know that before she became the first female Supreme Court justice, Sandra Day O’Connor was a cowgirl who rode horses, shot guns and grew up on her family’s ranch in Arizona? Give your students the opportunity to research the life of this justice. Ask students and essential question to guide their inquiry skills like, “Why do you think stories of cowgirls have not been prevalent in movies and books?” There are many ways to teach your students about the contributions of cowgirls during the Western Expansion period in American history. Any of the suggestions below can be used as a journal entry or opportunity for student reflection, project-based activity where students work individually or in groups, or research paper.

Information on cowgirls is documented in historical records and children’s literature. Some books to use are:

Cowboys/cowgirls today go to college to learn the latest technologies to use in the cattle business. They can check on stock prices, get the weather forecast, determine the correct amount of feed to use, and communicate quickly with ranch hands through modern technology. While horses are still used, cowboys also use pick-up trucks, helicopters, and ATVs to get around. But the legacy of the Wild West still lingers in our minds. It is up to teachers to make sure that the diversity that existed is shared with students.